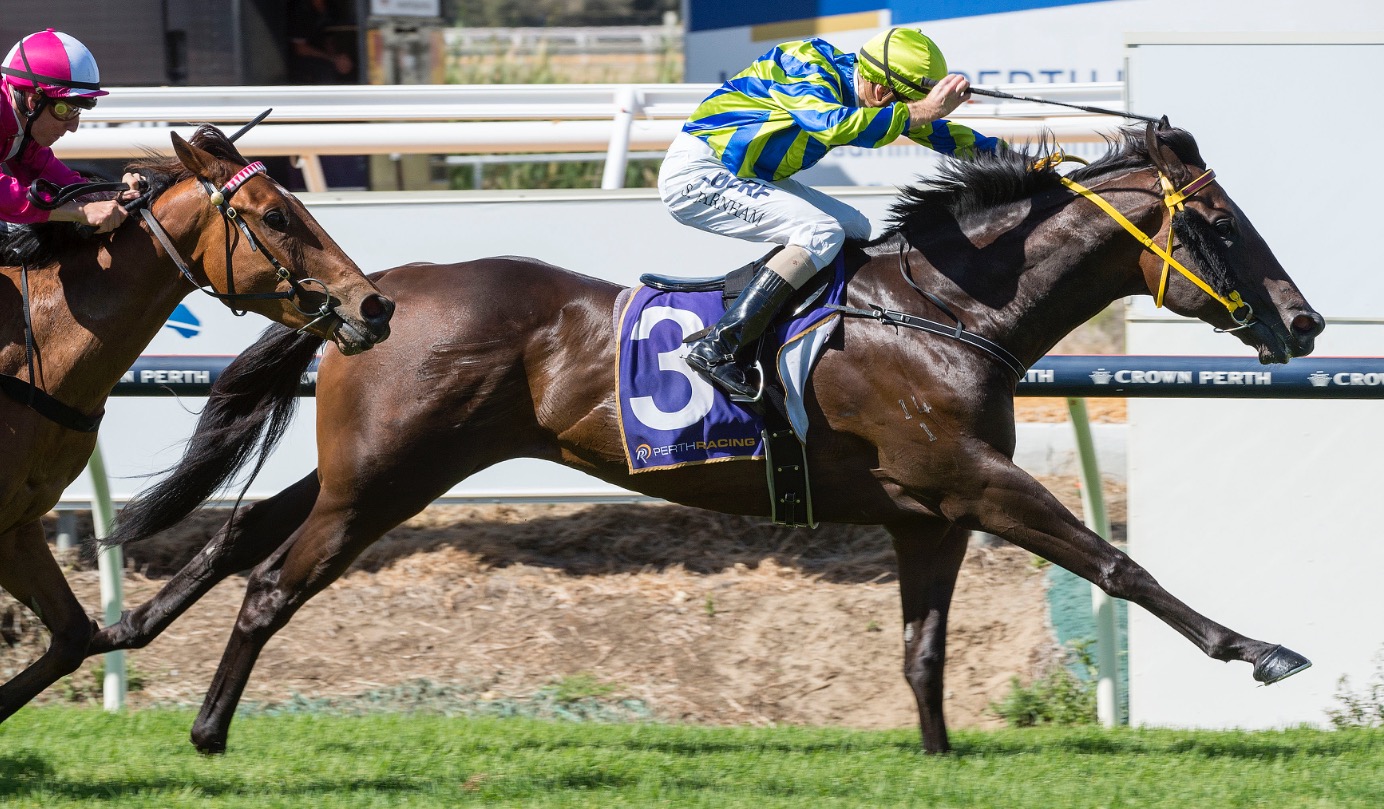 We are thrilled to announce the arrival of the outstanding sprinter-miler Rommel at Mogumber Park in Western Australia.

Rommel is a striking son of Champion Darley sire Commands, who has sired over 72 stakes winners and is renowned for producing tough, consistent gallopers who perform at the elite level. Rommel was an Ascot winner on debut at two and then went on to win the G2 WA Guineas over 1600m at three.  He then proceeded to upstage the best sprinters in the Group 3 Zeditave Stakes over 1200m at Caulfield. He finished his career with 4 wins from 1000m to 1600m and a half-million in earnings from only 14 starts.

"Rommel was an outstanding racehorse who proved himself against the best in the east, as well as beating all the locals, including Disposition, who was later placed 3 times at Group 1 level,” said trainer Neville Parnham.  "We believe he would have been extremely competitive in the Group 1 Australian Guineas after his win in the Zeditave Stakes but injury curtailed his career”.

Rommel’s dam I’mtoogoodtobetrue (USA) won 7 (2 at 2yo), including 5 stakes races before arriving in Australia.  She is a daughter of Mr Prospector-line sire Good And Tough and Rommel was her second Australian foal.

Neville Parnham is a huge supporter, “Rommel’s big and strong and was always a gentleman in the stable. Commands was a dominant stallion and it’s a perfect recipe for success.  I reckon he will make the grade as a stallion.”

Mogumber Park will stand Rommel for an introductory fee of $5,500 (inc GST) as well offering a number of options for Lifetime Breeding Rights. Many Western Australian breeders are hurting at the moment and Mogumber Park is committed to giving everyone the opportunity to send a mare to this exciting stallion.